Nepal is a country where you don’t need great ideas to become a great person. All you need to do is hobnob with the right people. -Binod Chawdhary

He is the chairman of Chaudhary group. He is a philanthropist who gave $2.5m to build schools and houses to earthquake victims of Nepal. He is the reason for Nabil bank’s high valuation. He has multiple partnerships with Taj group and other renowned ventures from the world. His Nawalparasi’s Industrial park, which is 130 acres (80 bigha #ThankMeLater), makes product range from Re.1 to Rs.25000. He is the first and only one person(yet) from Nepal to be included in the Forbes Billionaires list. You guessed it, he is none other than Prachanda Binod Chaudhary. I’ve read his book so you don’t have to, but I recommend you do (have to say this so that we don’t get copyright claims, but secretly I wish they sue us.. at least people would know us.. :D). The book gives an insight into his life from childhood to adult (old to be honest, he’s 62). The book starts with the inception of Marwari (Maade) in Nepal who was called by Rana prime minister in the 20th century (from India) to start trading in Nepal, one of them was Bhurmal. Bhurmal’s grandson, Binod, was not an enthusiast student at first, skipping school to play marbles was his among the daily activities. When the family discovered his mischievous antics and realized he was in the bad company he was put in a better school where he learned practical classes on entrepreneurship, started to get interested in school, and ranked among the top 5 in SLC examination of 1972.

So, I’m gonna share some of the lessons he learned that propelled him to be the successful businessman he is today.

As cliché as it might sound, not giving in is what most successful entrepreneurs suggest. While pursuing dreams, it might be overwhelming at first and then you start to get weak due to fear of the unknown but you need to remember why you started in the first place and convert vision into reality. Binod wanted to invest in energy and cement plants many years ago but couldn’t due to unhealthy competition in Nepal. However, following the rule of never giving in, he set up cement plants in different countries. So while we were saying there is no opportunity in Nepal, Binod was carving his own path. He was the one who quit FNCCI, where House of cards was going on (people who watch Naagin won't get the reference), to start a new federation 'CNI'. So the catch is we can achieve our objectives regardless of the challenge we face by standing firm to your commitment.

The most important thing according to Binod uncle is to wait and be alert for opportunity. Binod’s journey was not always a cakewalk. The main turning point of his life was when his father had a heart attack when Binod was 23. There was a distant uncle who was looking after their business, Arun Emporium at Khichapokhari, now wanted a 25% share in that business because it was the best time for him as there was nothing going right with Chaudharys (biting the hand that feeds). Binod thought to make a fitting reply and then started playing mind games, he first agreed to all the conditions, he learned everything about the business from that distant uncle and later on kicked him out. So basically, follow the rules, go to the top, and make the rules. (For those who were asking, his father survived that heart attack but was not able to work after that).

People who have big dreams should take on tasks that push their limits. Capability is something you can acquire. He already had Pashupati Biscuits, Mahalaxmi Maida mills, Arun Emporium. He did not need to launch Wai Wai as those factories would be enough but he did not stop even after launching Wai Wai, he kept on building bridges. Due to the inconvenience of operating factories in different parts, he constructed an industrial park in Nawalparasi. He later realized that his investment would be in loss if at least half a dozen factories on the site are not operated. Currently, he has opened more than a dozen factories employing about 1600 people.

4. Networking (Asskissing, if need be)

He made very powerful connections. The connections ranged from former prime ministers of Nepal like Girija Babu, Surya Bahadur, and prince Dhirendra to leaders of different countries like Bangladesh, Srilanka, India, Malaysia, Singapore and many more (you name it) were all his friends. From those connections, he was able to get into the joint venture with Taj Group and other reputed hotel chains from all around the world. So the good “connection” was one of the reasons his business flourished.

For Nabil bank (previously an Arab owned bank), Binod couldn’t acquire 50% promoter’s share because he was a Nepali. He came up with an idea where his friend (Bangladesh Bank to be specific) would acquire those share for now and transfer it to him later on when the laws change. Being a Nepali he couldn’t make outside Nepal (but he figured out a way as always). There was a loophole in the law that NRN could invest in a foreign. His two sons look after his business interests outside Nepal as NRN. Nepali law barred Nepali from investing abroad but it didn’t prevent getting the foreign shares, so with the help of his foreign friends he laid the foundation of ‘Cinnovation’ (MNC). So the system in our country compelled him to take the crooked path.

You cannot afford to pursue personal vendettas. You might be in cutthroat competition with someone today but tomorrow you might have to collaborate with the same party (it’s long already so that’s all on this point)

7. Negativity is the new sexy

When some people don’t know about a product what do you think, there is no market as no one uses the product or no one uses the product so there’s a market. In the same way, the negativity helps us to see two sides of coin also helps to identify possible problems and can be duly addressed. But don’t let other’s negative opinion ruin your ideas. If Binod was intimidated by Rara and Maggie then Wai Wai would have been never materialized.

He broke an engagement of six months and married a girl, Sarika, whom he loved. Lily (sarika) look up to his family responsibility and allowed him to focus in his business. Gentlemen love blonds but marry brunettes (he is the one who said this). There was a friend with whom he had opened a Disco called Copper floor. It was a hit. Later on when Binod was accused of false murder of his cousin, his “business partner” and other “friends” started to turn their back on him. He was proved innocent and he quit the copper floor. So choosing the wrong business partner can make you be like Binod and wrong life partner can make you be like Elon Musk. Elon Musk got divorced three times which isn’t the worst part, but getting divorce from the same person twice is (yeah its confusing, more on Elu after some weeks)*. 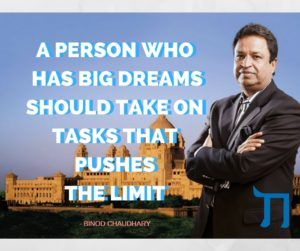 Help everyone know what you learned most from this and which mantra are you going to apply immediately on your life, please feel free to share your thoughts in the comment section below. Don’t be an A-hole by writing I learned nothing or write anything you like who am I to tell. Also, I must mention that you must read the book itself to get to acquire more knowledge.

Keen eyes. Everything through a perspective.