Story of Piano B

Story of Piano B

Welcome to the second artisode of foreign fuccess stories (unfamiliar with this? Travel a week back on this site; you’ll find foreign Fuccess Story 1. Too lazy? Wait. I’ll make it easy; click on this link.)

(If you are; you know, uninterested in going back to the past. Here, let me make you clear, “Well, this series is not just a normal series. We here are bringing you the stories from those personalities, who’ve left their homeland and have started ‘food business’ in this very country of ours. A huge and tight slap to the ones speaking of ‘no opportunities’ in this wonderful land.”

Now, without much ado, (well, not much time wasted right? I believe, if it’s reading, it’s no time wasted) here is the second artisode of foreign fuccess stories. We have Antonio, founder of a wonderful Italian restaurant in Bhani Mandal, Ekantakuna, ‘Piano B’. 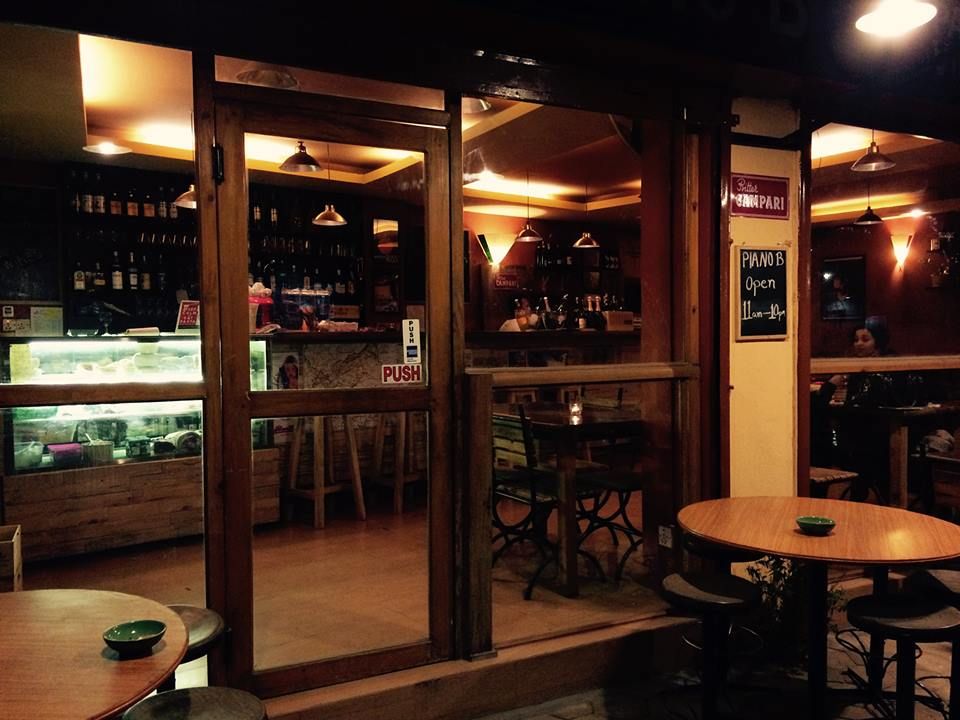 An epitome of dedication, and humbleness, let us all hear his share of the journey.

Was it always Italy you lived in before you came to Nepal or you’d been somewhere else?

As soon as I was able to move about anywhere myself, I left Italy. It was around at the age of 20 I left Italy and fled to London. I needed to escape reality. I was doing my social sciences anthropological religious studies in an Italian university after I landed in London stopped for a couple of years. I involved myself in bar jobs and restaurant jobs in that phase. Then I joined a university in London, which of course was illegal, you know.. doing two universities at a time, but I did it anyway.

I always had a hard time in Italy. Italy was tough for me, making friends, to establish long term relations and all. We as a family didn’t stay in a place much, we changed our cities too often. So, I didn’t have many friends. I had no childhood or adolescent or teenage friend- I only built acquaintances. As I said, I left for England really early. I’d make one or two friends eventually and then it would stop. So after I returned to Italy, I moved to another city, doing nothing basically. Meanwhile, I did my masters in Rome that year in religion and anthropology. I carried a dream of changing and saving the world with my degree and knowledge which was a total failure.

How did you end up in Nepal?

After getting my masters, I moved to Nepal in 2011, with a project of teaching Italian. Before moving here, I was a lecturer at an Italian university. I saw this advertisement on the internet, where I could become the chief of the school and general secretary of very influential school chain around the globe. I took my chances and came here. It became quite successful. Basically I was to teach Italian traveling around most of the capitals of the world. I’d start from Nepal, travel to Cambodia, then to Japan, South Africa, New Zealand, and then other countries of Africa. And then for the series of events that I rather not discuss, the school failed. Managerial reasons of course. Then I tried to take control, run the school, but it didn’t work, without the support from the official side.

How did this idea of ‘Piano-B’ emerge?

After the school failed, I tried to make money by selling pasta, lasagna, ravioli, and salad at Farmer’s Market in Kantipath. It became quite successful. Then I registered my company in order to have invoices and business visa; you know, just to make sure that I do things “under the sun”. Now comes the part where I met a person, who would be my future wife. It was much easier with her. We did catering for a large number of people. Then we had a baby, and responsibilities grew. We had to compromise on many aspects and without a proper enterprise; we could have and do nothing.

The idea of having a salary at the end of the month, a roof under which I could work, and create security for us. We could have lived happily doing catering for some parties. But if it rained at some weekends, I’d lose my money. I needed a roof. Every customer of mine motivated me to have my own restaurant; but I didn’t want to do it, because I started being in this field since I was 17, you know in restaurants and bars and I knew how difficult this was. I had seen people failing. So I resisted for 6 or 7 months. But after my wife’s pregnancy, I had to do it. So, yeah, this is how it started.

Even now, sometimes I feel this is not what I was meant to do. This is not what I wanted to do- I was to pursue my lecturing career, my academia, my Ph.D., but ended up in a completely opposite direction, which explains the name of the restaurant as well. ‘Piano-B’ which in Italian means ‘Plan-B’.

What are or were the problems you consider are major for you over here?

Language and cultural barriers were major challenges, and being a novice in this prophecy brought up a lot of challenges. For certain work, here you hire a lawyer and he does all the legal works for you, give him money, he’ll get you a visa and all provisions. After some months, people will come and check and you are settled. It is this easy. But not everything is easy of course. The difficulty is not to keep this place running; the difficulty is to live in a place, a society, a country where somehow there’s a feeling that foreigners aren’t that much welcome anymore. That’s entirely my feeling by the way. I see a huge difference in Nepal from the 60s, the 90s, or even five years back. Now there is a huge foreign political and economic influence, trying to change about the way Nepal is working, the way Nepal had been working. There is the resistance of course, but change is inevitable. It is difficult to keep the mentality flexible and not to always try to think from their own perspective but also from other ones. Another problem is being a Nepali- which we don’t give much importance to; it sounds much philosophical, but a general understanding of the world is much different from that in my part of the world. To fight with the things that have to be in time- but Nepal is a country of ‘tomorrow’ or ‘the day after’, where people are like ‘yeah yeah I am coming…’ and after sometimes ‘I am coming tomorrow.’ I too cannot move without mentioning the problem of maintaining order.

What were the major challenges for you from the restaurant point of view?

The major challenge is that I have to import most of the foods. A challenge is to have a ‘working fridge’ where you can keep your food ‘unspoiled’. And then, once you have it, you have to handle food carefully- serving the quality and safety and of course tasty food. Not using unadulterated products, and fresh products, this hikes up the price. If I have to import an Italian wine, which will stay at Birgunj for 7 months without refrigeration, I have to pay 20 dollars and have to pray it hasn’t been spoiled. My policy is I cannot charge customers three times the price. This place is basically an osteria where you drink wine and then there is food. I keep the wines cheap, but I cannot do it because the costs are really high so I have to divide the costs carefully. To maintain and improve quality is always a challenge.

I would suggest everyone be original and consistent in what they do. See, by original, I mean something that has not been done here before; something that people have yet to experience and gain from it. Create such forms of value which will help others too have the experience that you have; this can be relating restaurants or adventure sports or any other fields. By consistency what I mean is that you need to set goals and have standards and be consistent and very dedicated in maintaining those standards and reaching for the goal.

Here we have a little sneak peek of the mouth-watering foods available at Piano B. 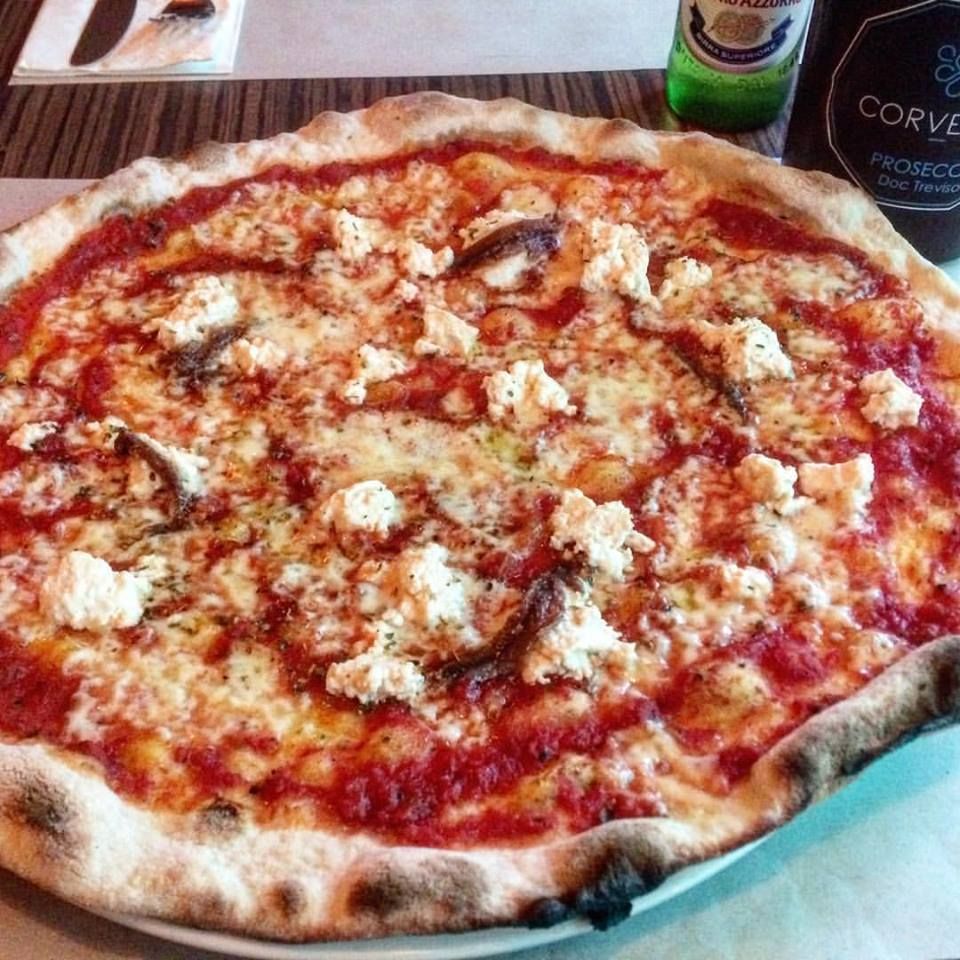 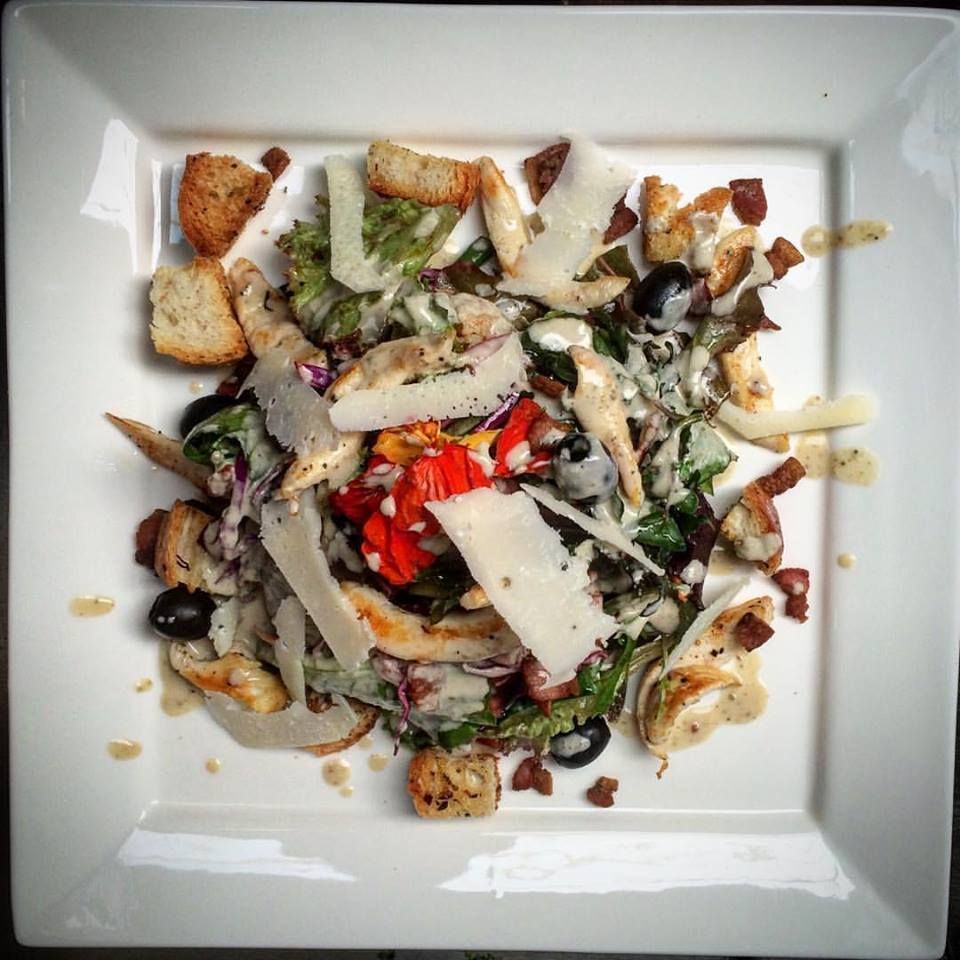 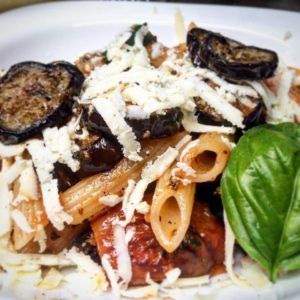 Cynic, and everything an organization has with the title C on it 😉